This is a little rust project I've been working on in my free time.

It's a really simple little game called guild sim where you play as a medieval worker trying to become the mayor of the city and hold the office for 5 turns.

My goal was to explore a bit of AI programming. Currently, most of the actions (except run for office / political system) work. 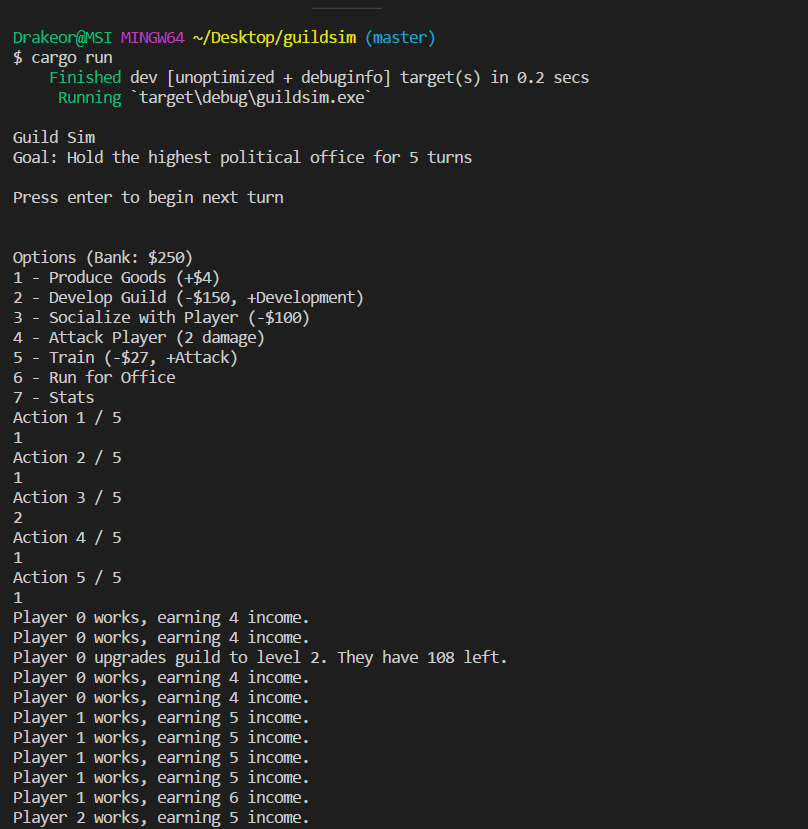 Running stats lets you see the other players (and their randomly generated stats). The only AI running right now is a dumb AI that just chooses to work no matter what.